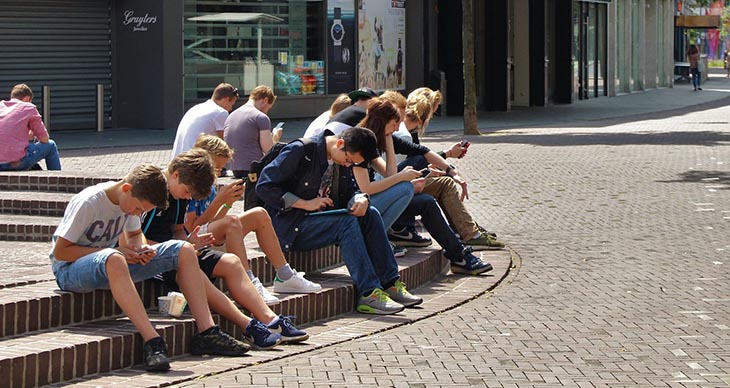 Did your kid say it? Or maybe you bumped into it online. Whichever the case, you’re wondering: What is Gaggle, and what does it mean to be “Gaggled”?

Gaggle is a student-monitoring company that aims to “stop tragedies with real-time content analysis.” The program tracks homework, chats, emails, and calendars in search of “bad words,” like “kill” and “gun.” If it stumbles on potential problems, the system alerts school officials and, in some cases, students.

Gaggle doesn’t directly monitor social media accounts, but they scan emails and messages from social media accounts. So while the program may not tap directly into Instagram, for example, it sees all the messages the social media platform sends, including snippets of social media postings. However, in its standard agreement, Gaggle agrees not to use “district data” or “student records” for targeted advertising during their contract period and for a time after.

What is Gaggle Looking For?

Gaggle monitors look for suicide indicators, bullying, drug use, and mass-shooting warning signs. The service also monitors profanity, sex, and sexuality under the outdated auspices that talking about them may be a tell-tale sign of mental health issues. The system also checks student content against a “blocked word” list.

These are statements or content that don’t appear to be an imminent threat. “Professional pornographic images” and cyber bullying fall under this category.

“They’re talking about ‘three strikes’ rules and other kinds of quasi-judicial language. My sense about this particular suite of products and services is that it’s a solution in search of a problem, which is to say that the only way that the logic of it works is if we first accept that our children ought to be captured within a digital system, basically, from the time they’re sentient until further notice.”

What Does “Being Gaggled” Mean?

“Being Gaggled” is when a student receives a text or email regarding a flagged incident in the Gaggle system. One Utah student complained the company “Gaggled” him for sharing a clip of “The Office” with the word “ass” in its title.

Who Does the Monitoring?

Gaggle uses a tiered monitoring model. According to an investigative report, work-from-home contractors likely monitor lower-tier alerts. Conversely, the top tier is a group of 25 “trained safety professionals” with degrees. They make the final decisions about escalations and alerts.

How many school districts use Gaggle?

Currently, about 5 million students are under Gaggle’s watch. Some districts pay up to $60,000 a year for the student digital monitoring service. How did it become so popular? Title IV of the 2015 Every Student Succeeds Act paved the way.

Under the law, schools can tap into federal funding for qualifying educational programs that improve student well-being. Lawmakers wanted to pad school budgets to augment student offerings, hire counselors, and invest in technology upgrades. So some schools are using the money on programs like Gaggle, which, technically, fit into Title IV’s parameters.

Arguments in Favor of Gaggle

The American Civil Liberties Union of Utah recently raised concerns about Gaggle. John Mejia, the chapter’s legal director, posited about the “possibilities of bad actors using students’ personal information against them in a way that would be harmful.”

Privacy and anti-censorship advocates also warn that programs like Gaggle are bulldozers clearing a state-sponsored Orwellian path. To that end, a student chillingly explained: “I feel like now I’m very desensitized to the threat of my information being looked at by people.”

A lot of people are starting to wonder about the long-term consequences of digital monitoring. How much is too much? Will it erode the bedrock of American values? Chris Gilliard, an English professor at Macomb Community College, succinctly summed up the concerns. “Teaching young people that you should exist online to the extent that you’re palatable to companies, or future employers […] is worrisome,” he explained. These are children. They’re supposed to be exploring and learning and have the ability to make mistakes.”

Interested in online privacy and digital security? Then head here and here. If you’re a startup or business in need of advice from a business consultant well-versed in digital surveillance and online privacy, get in touch.